This glossary of technical terms is designed to help you understand the frequently used terms within the battery industry.

The active electro-chemical materials used in the manufacture of positive and negative electrodes.

Absorbent Glass Mat (AGM) is a type of lead acid battery that uses a glass mat to promote the recombination of gases produced by the charging process.

The prevailing surface temperature to which a battery is exposed.

Unit of measurement for electric current.

The product of current (amperes) multiplied by time (hours). Used to indicate the capacity of a battery. Also referred to as Amp. Hr. or A.H.

Electrode that releases electrons on discharge. When applying power to a device, the anode is positive, when taking power away on discharge the anode turns negative.

Two or more cells connected together in series or parallel. See guide on how to connect in series/parallel.

Battery Management System used inside or outside a battery to manage charge, discharge and provide SoC, SoH data. Used to protect the battery and maximize service life.

Low-power radio communications up to 10 meters (30 feet). Power Sonic Lithium Bluetooth batteries utilize Bluetooth in combination with a BMS to give instant access to the status of the battery from a smart device.

Used to signify a charge or discharge rate equal to the capacity of a battery divided by one hour. Thus C for a 2000 mAh battery would be 2.0 A. C/5 for the same battery would be 400 mA and C/10 would be 200 mA. More information can be found on what is a battery C-rate.

The electrical energy available from a cell or battery expressed in ampere-hours.

Electrode in a cell in which reduction takes place by absorbing electrons. During discharge, the cathode is positive, during charge it is reversed and becomes negative.

The basic building block of a battery. The nominal voltage of a lead acid cell is 2 volts and a LiFePO4 cell is 3.2 volts.

Secondary cell: the process is reversible so that charging and discharging may be repeated over and over.

A test method in which the battery is briefly discharged at a constant current while the voltage is measured.

Unit of electric charge. One coulomb (1C) equals one ampere-second (1As).

The final voltage of a cell or battery at the end of charge or discharge.

A single charge and discharge of a cell or battery.

A cycle in which the discharge continues until the battery reaches it’s cut-off voltage, usually 80% of discharge for a lead-acid battery. More information on what is a deep cycle battery?

The type of electrical current that a battery can supply. One terminal is always positive and the other always negative

The process of drawing current from a battery.

The withdrawal of current from a battery.

Positive or negative plate containing materials capable of reacting with electrolyte to produce or accept current.

Conducts ions in a cell. Lead acid batteries use a sulfuric acid solution

The voltage reached by the cell or battery at the end of charge, while the charger is still attached.

Ratio of battery energy to volume or weight expressed in watt-hours per cubic inch/mm or pound/kilogram.

The process by which oxygen gas generated from the positive plate during the final stage of charge is absorbed into the negative plate, preventing loss of water.

The resistive value of a battery to an AC current expressed in ohms (Ω). Generally measured at 1000 Hz at full charge.

The resistance inside a battery which creates a voltage drop in proportion to the current draw.

Rechargeable battery with cobalt, manganese, iron and/or other metals as cathode and graphite anode.

The terminal of a battery from which electrons flow in the external circuit when a battery discharges.

The nominal value of rated capacity.

The nominal value of rated voltage.

The voltage of a battery or cell when measured in a no load condition.

The continuous charging of a cell after it achieves 100% of capacity. Battery life is reduced by prolonged overcharging.

Connecting a group of batteries or cells by linking all terminals of the same polarity. This increases the capacity of the battery group.

The charges residing at the terminals of the battery.

The terminal of a battery toward which electrons flow through the external circuit when the cell discharges.

The capacity of the cell expressed in amperes. Commonly, a constant current for a designated number of hours to a specified depth of discharge at room temperature.

The state in which the gasses normally formed within the battery cell during its operation are recombined to form water.

The connection of a group of cells or batteries by linking terminals of opposite polarity. This increases the voltage of the battery group.

The loss of capacity of a battery while in stored or unused condition without external drain.

Material isolating positive from negative plates. In sealed lead acid batteries it normally is absorbent glass fiber to hold the electrolyte in suspension.

Sealed lead-acid battery, generally having the following characteristics: Maintenance-free and leak-proof. Batteries of this type have a safety vent to release gas in case of excessive internal pressure build-up. Hence also the term: Valve regulated battery or VRLA.
Gel batteries are SLA batteries whose dilute sulfuric acid electrolyte is immobilized by way of additives which turn the electrolyte into a gel.

The expected life of a battery expressed in the number of total cycles or years of standby service to a designated remaining percentage of original capacity.

The maximum period of time a battery can be stored without top up charging.

An application in which the battery is maintained in a fully charged condition by trickle or float charging.

The available capacity of a battery at a given time expressed as a percentage of rated capacity.

Absolute state of charge (ASoC): ability to take specified charge when the battery is new.

The formation or deposit of lead sulfate on the surface and in the pores of the active material of the batteries’ lead plates. If the sulfation becomes excessive and forms large crystals on the plates the battery will not operate efficiently and may not work at all.

A condition in which a cell or battery on constant potential charge can destroy itself through internal heat generation.

Unit of electrical energy equivalent to a power consumption of one watt for one hour. Multiplying a battery voltage (V) by the rated capacity (Ah) gives the battery energy in Wh. 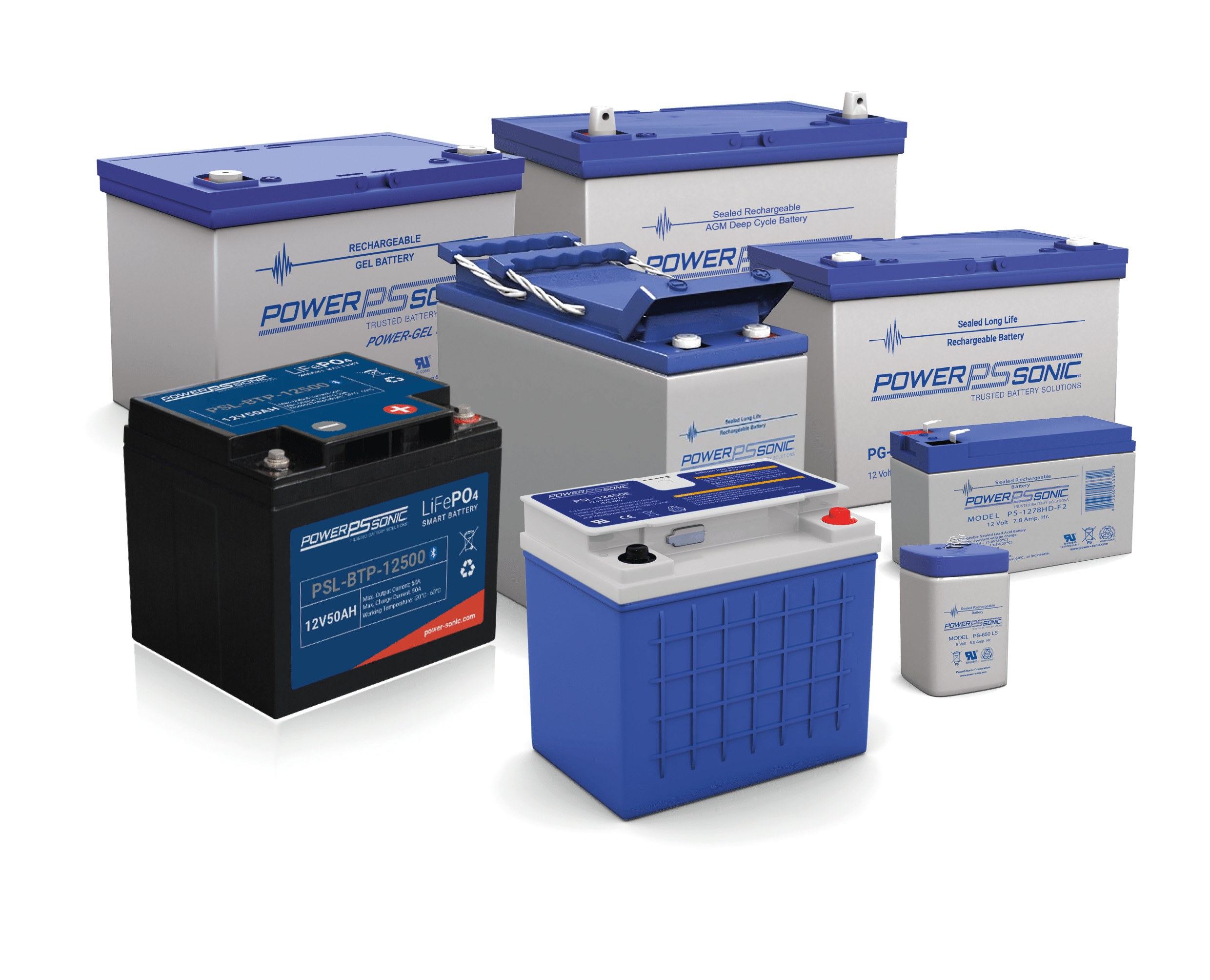 Batteries for any application

A wide range of lithium and sealed lead acid batteries are ideal for almost any application. 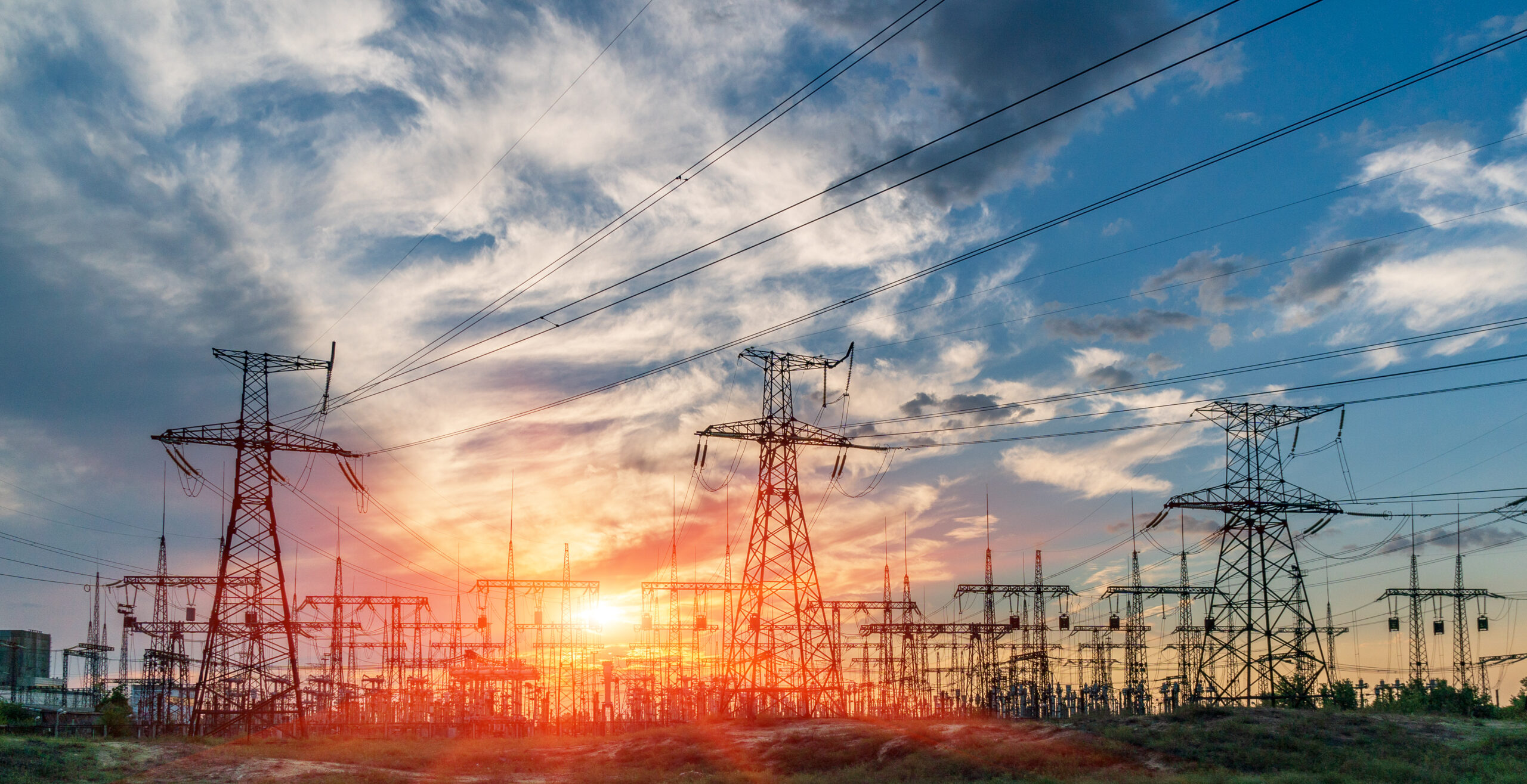